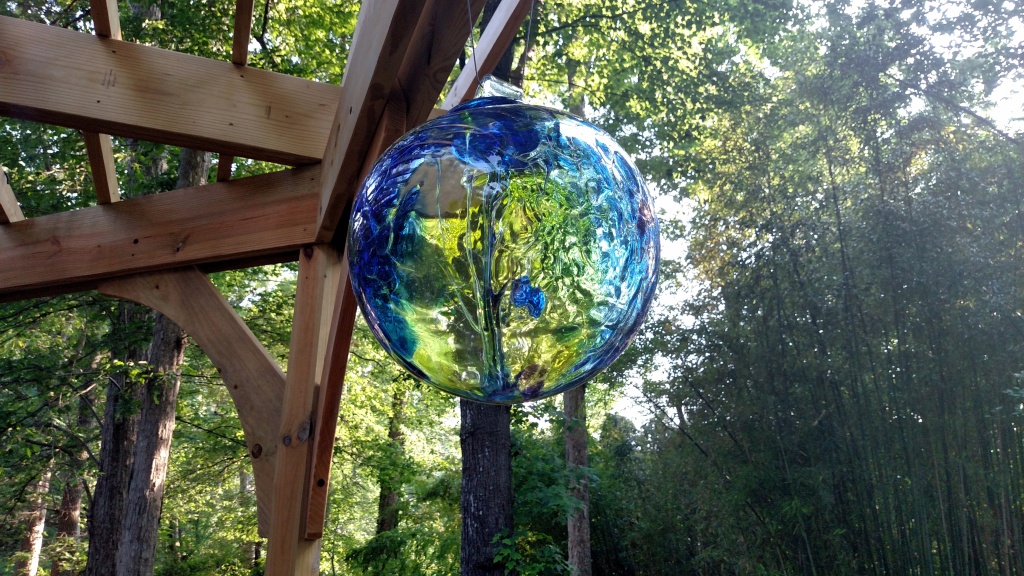 The intensity of balls in this garden is stunning.  Above, an orb hangs from the porch armature.  Unbelievably, there is a glass tree inside this ball, visually linking it to its surroundings. 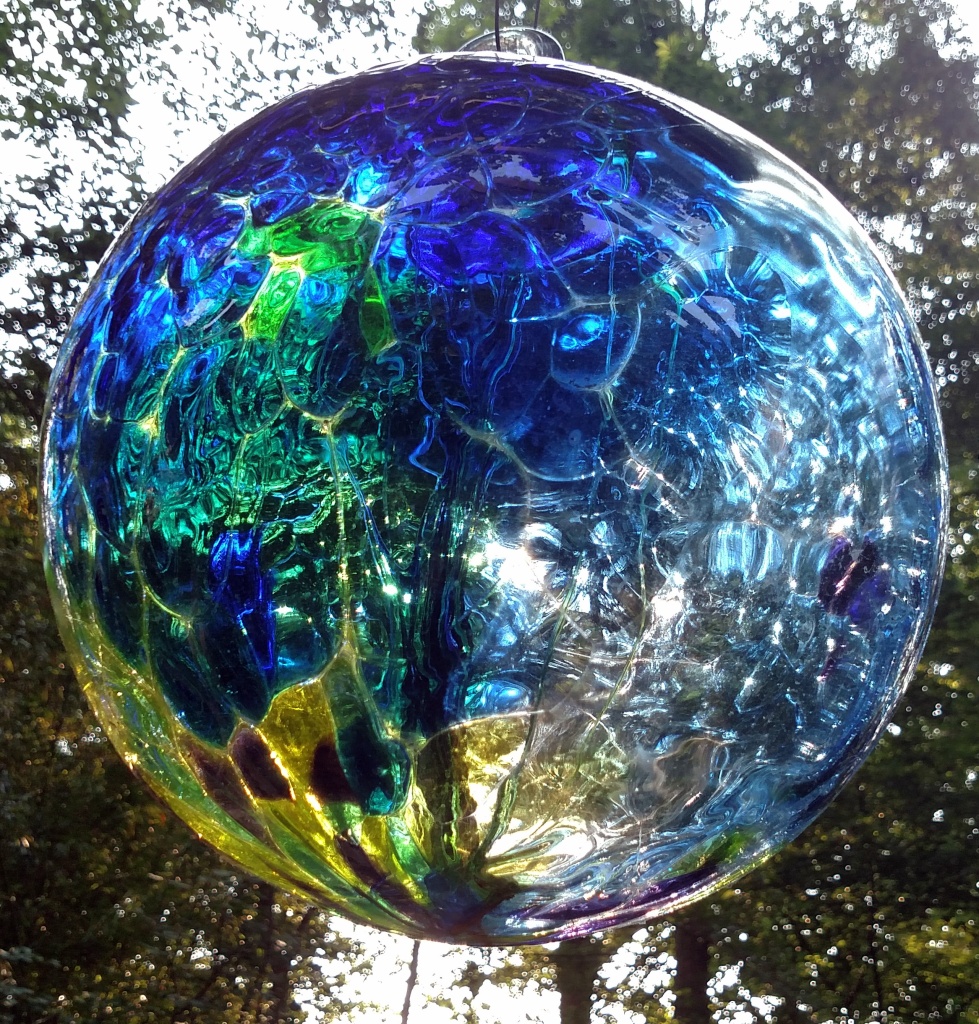 Impossible to see the inner tree, this reminds of of how astronauts on the space station describe the earth.  Such a universal shape, this.  I have no doubt that the universe is in sync.  Look at the following.

One day, Bev-lee was forced to observe one of the difficult parts of Nature.  A predator bird stole a frog from the edge of one of the ponds.  She captured on video the demise of the frog.  The ripping and shredding of the frog on the surface of her outdoor fan took a while.  The bird finally left, and Bev-lee stole towards the pond to see the remains of the poor frog.  One eyeball, one orb was all that was left.  Nature comments.