Madelyn sent me this link when all in the Ferguson diaspora looked with pain at the violent images every night.

Briefly, it says that to understand Ferguson, you have to first understand the story of Kinloch and the story of north St. Louis. As a kid without a car, north St. Louis escaped me. But I knew Kinloch. Madelyn and all her (even then) political activities took me there. It amazes me this vein of authenticity that runs through Madelyn; fifty some years after we first met, she has the same ideas about the same things she always has. She was right then, and is right now.

This was back then when “liberal” was not a bad word, and when Lyndon Johnson was creating his “Great Society”. Madelyn got involved in Head Start, a program of early education for children so that they were not behind already on their first day of kindergarten. Not surprisingly, she has taught children all her life. Madelyn and I went to the same church and we belonged to a very active youth group, much of the time guided by Madelyn’s politics. I can still see her brainstorming ideas for programs for the group. Having recently come to Florissant from some years in Japan, it was interesting to me that she suggested a program called “Youth in Asia”. Of course, she was suggesting “Euthanasia”.

That was Madelyn. This time she was collecting old clothes for children in Kinloch, the all black suburb of St. Louis closest to where we lived. We were to drop them at the Head Start location there.

No one could believe it when Big John bought his first convertible. Conservative, but a Democrat, he was a government bureaucrat at a high level. Friends and neighbors were intermittently questioned about him by the government because he dealt in sensitive stuff. My dad was quiet. Then something remarkable happened and he bought a 1964 Buick Special convertible, black, and a big straw hat with fringe on it!

Three years later he bought a 1967 silver Buick Le Sabre convertible, like the one pictured above, and that is the car that Madelyn and I borrowed to deliver old clothes to the Head Start in Kinloch. Beautiful summer day with the top down. Dad at work.

When Big John got home from work that evening, he was appalled. You did WHAT? In KINLOCH? In the CONVERTIBLE? WITH THE TOP DOWN?

Madelyn and I lived in Florissant, right next to Ferguson. Florissant means “Valley of the Flowers”. Madelyn and I sure acted like valley girls that day!

“Yes, Lee, I remember going to Kinloch with you in your car, and am astounded at how little I knew of the effect of my life style on others, the privileges and power we had without knowing.”

This site uses Akismet to reduce spam. Learn how your comment data is processed. 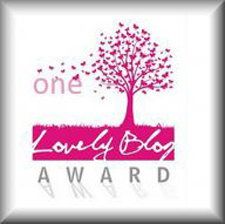 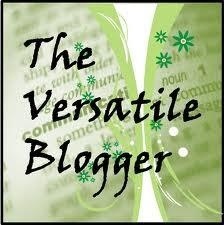