Pushing for more windows per piece in an attempt to create in legitimate sculptural dimensions (recent works are still basically two dimensional), three old windows are at play here.

Worried about that, I called the contractor guy who gave us the windows in the first place.  Glenn has been threatening to take two walls off of our little storage shed and replace those walls with windows.  Love the idea;  worried about my window inventory.  Reminded Cecil not to put any old wooden windows in the land fill.  Meeting of the minds.

The window that makes up the back plane of the piece has been divided into six tiled sections, where the window has only five.  The bottom section of the window is twice the size of the top four.  No matter.  The strong white tiles dominate and keep the pattern regular.  Wanted to establish a strong pattern on this plane because it will be repeated on subsequent planes.

With two windows aligned, my attention turned to the spaces within.  Thinking about my first caryatid piece, I wanted to improve on it.  The universe did not seem so interested, however.  Notice that there are six sections now on each layer. 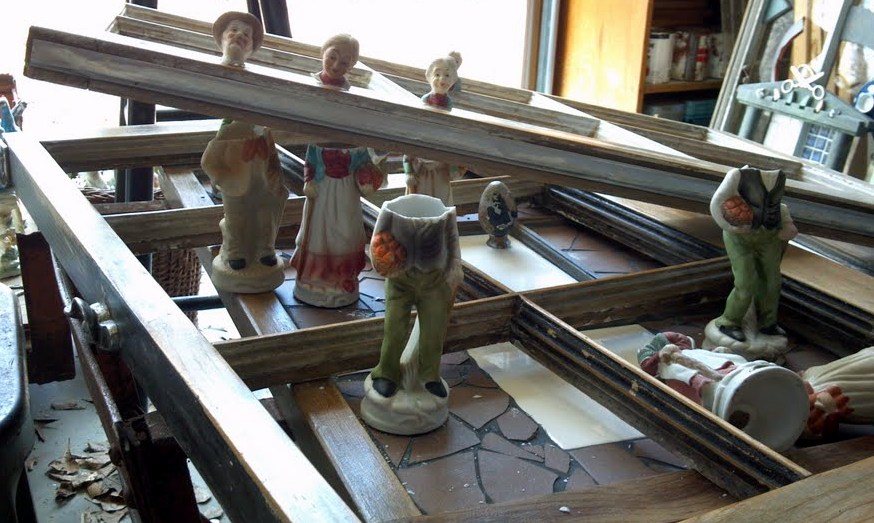 The first idea for this piece was to whack off the heads of these little Italian farmers and their wives, which one can find in abundance at any flea market.  I wonder what the influence was for all these little figures that you can find in all sizes and are so similar.  Wanted the bodies to support the second and third windows, and their heads to sit on top of a window, with a side view connecting the body together.  After working a while, the idea seemed contrived.  My little Italian farmers will be used somewhere else.

Had found eleven beautiful little bottles with caps a while ago, and here are six of them serving the same compositional idea.

There remains one farmer’s head on the bottom right of the base window, grouted in with the rest of the tile.  This head survives the original idea.  The little glass vessels cast wonderful transparent shadows.  My friend Betsy often gives me the remains of her stained glass projects, and shards have been added to the first and second windows to enliven the composition in a quiet way and refer to what the windows once were.   A snake like metal line adds variety to an otherwise fairly geometrical composition. 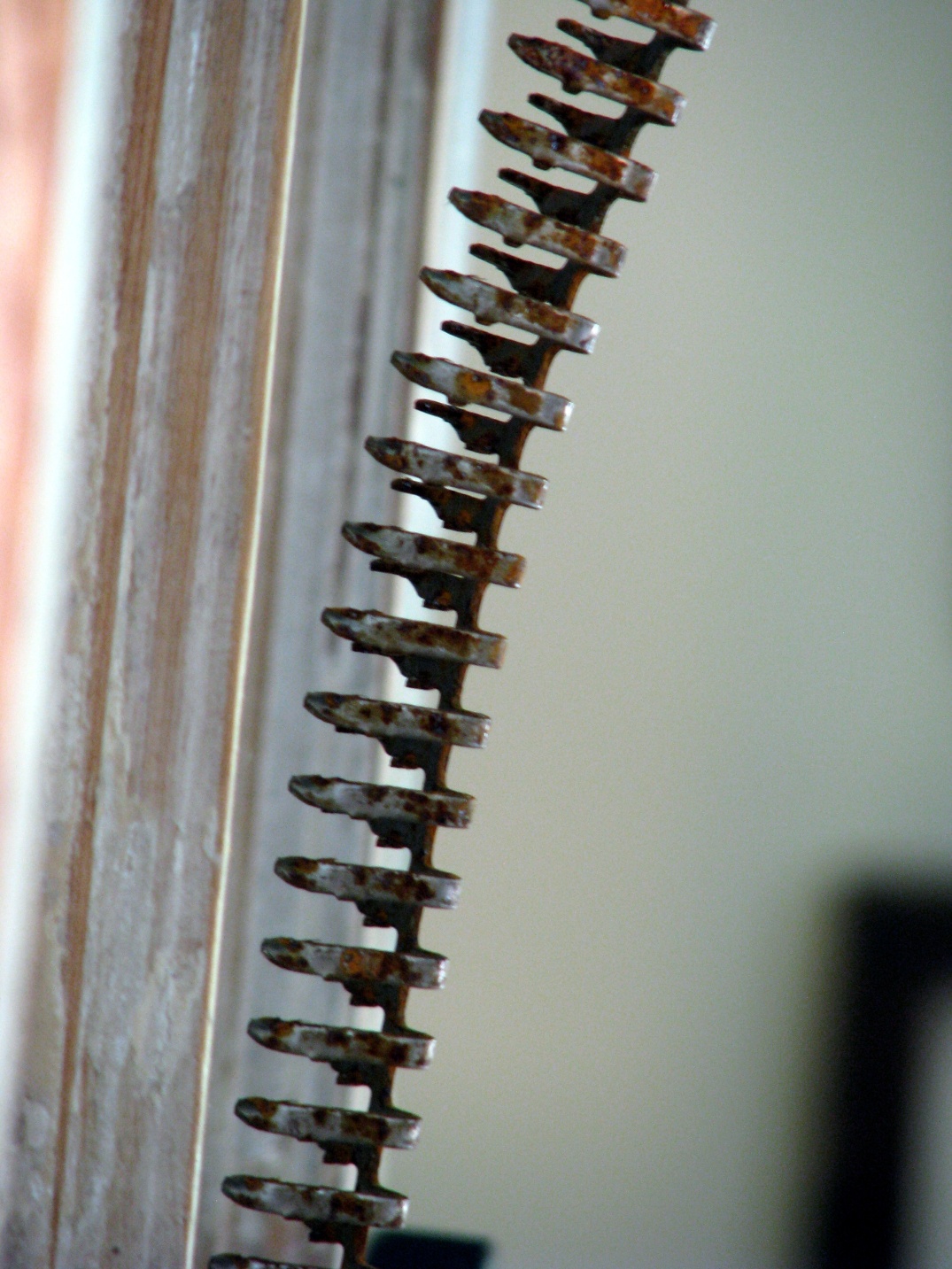 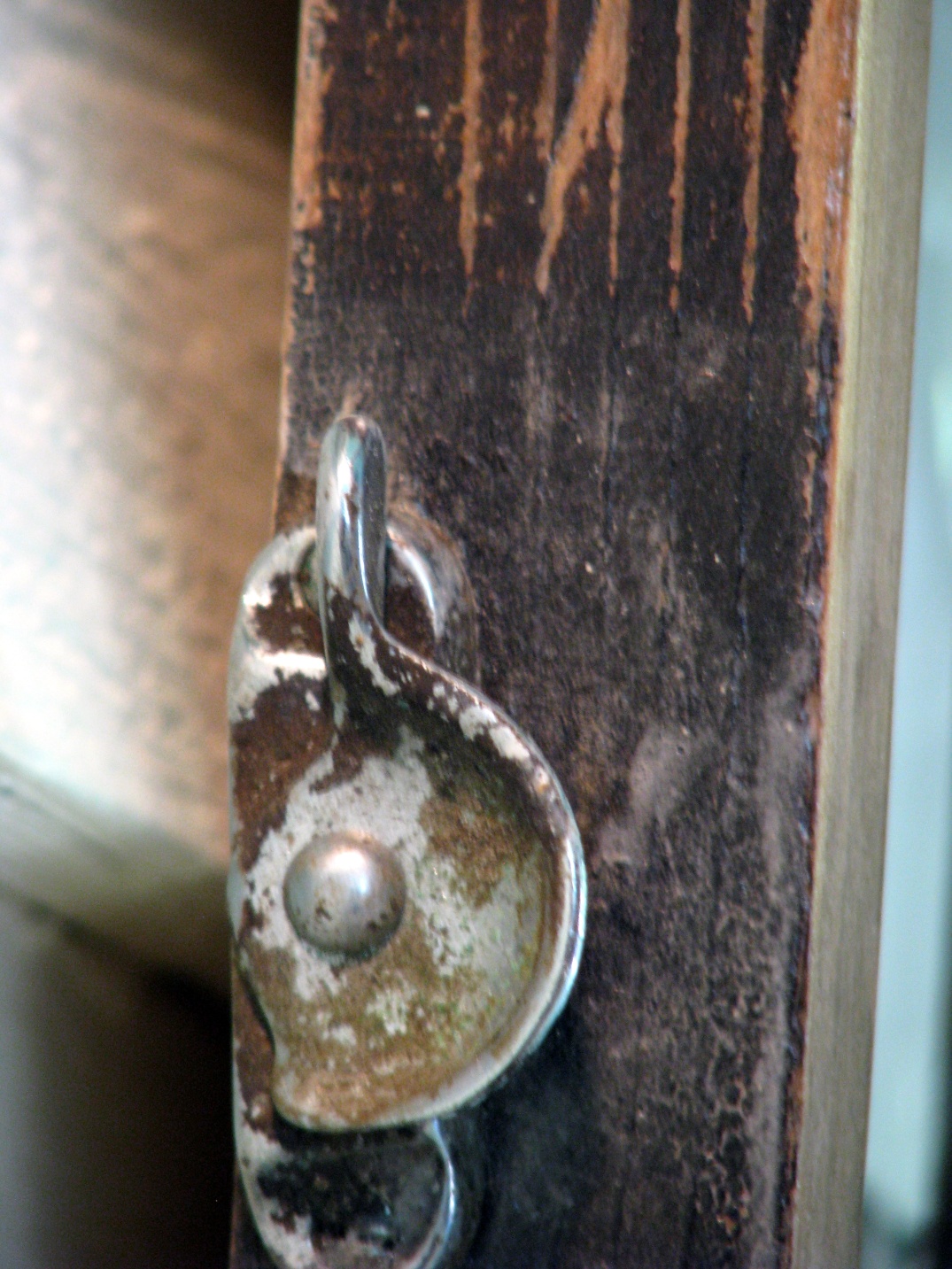 One thought on “A CHANGE IN PLAN”

This site uses Akismet to reduce spam. Learn how your comment data is processed.